No products in the cart.
$0.00 Cart
Menu
Menu
Menu 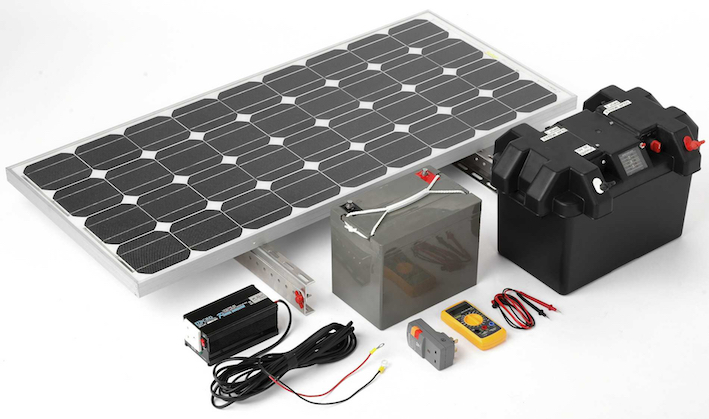 The amount of solar energy that hits a square mile every year is equal to 4 million barrels of oil. So how does a photovoltaic system turn the planet’s most abundant source of energy into usable AC electricity?

Grouped together in a “solar array,” solar panels collect electrons from the sun’s light. Still in the form of direct current (DC) electricity, these electrons must be sent through an to be converted into AC electricity- the kind you use on a daily basis.

When you’re producing more electricity than you’re consuming, you’re sending electricity back into the utility grid. Your electric meter spins backwards, saving you money on your electric bill.

When you’re not using the solar energy that your system is harvesting during the daytime, you’re giving it back to the utility company as a credit towards your electric bill.

The utility grid is kind of like your “battery,” because you use electricity from the utility company to power your home at night when it’s dark.

The overwhelming majority of solar panels are composed of cells made of either monocrystalline or polycrystalline silicon. Though there are subtle differences between the two, neither one is necessary better than the other.

Monocrystalline
A monocrystalline solar cell is composed of a single crystal of silicon, a purity that can be identified by a dark, even coloring.

Because monocrystalline solar cells usually have higher efficiency, these solar panels will make good use of limited roof space.

Because the output of monocrystalline cells can be significantly affected by shading and soiling (i.e. dirt, dust), microinverters often pair well with these solar panels.

When would I use monocrystalline solar panels? Example: You live in a location that’s prone to low-light conditions and you have limited space to work with.

Polycrystalline
Polycrystalline solar panels are easily identified by their solar cells that have a textured look that resembles a granite countertop.

Because polycrystalline solar cells are composed of multiple silicon crystals, the manufacturing process is more efficient and wastes less silicon in the process.

Because of this, “poly” solar panels are more cost-effective than “mono” solar panels because they are less expensive to manufacture than monocrystalline cells.

The silicon in polycrystalline solar panels is technically lower in purity.

Efficiency rates are usually between 13% and 16%. Polycrystalline performance has improved to the point that monocrystalline is not necessarily better.

When would I use polycrystalline solar panels? Example: You’re located in an area that doesn’t have particularly low-light conditions and you want the most cost-effective PV system.

Which is better: poly or mono?
In the past, monocrystalline panels were considered better because they are made from single crystals of silicon and they’ve also traditionally had higher peak efficiency. Polycrystalline technology has improved to the point that monocrystalline cells do not necessarily mean a better solar panel.

The more important concern when choosing a solar panel for your application is the quality of the manufacturer and the warranty offered on the product.

The decision between poly and mono can hinge on a number of factors including your geographical location and solar insolation.

For every grid-tied solar system, the electricity produced by your solar panels must be converted from direct current (DC) to alternating current (AC) by a grid-tie inverter. The AC power that isn’t used by your home is back-fed into the utility grid.

String Inverters
String inverters are the most common choice for residential solar applications. Because string inverters have been for decades, there is much more field data that has been collected.

It is for this reason that string inverters are still the most trusted solution, regardless of the advantages microinverters hold.

A string inverter will convert DC electricity from multiple solar panels into usable AC electricity at ground level by your service panel. Consequently, central inverters will be high voltage.

The down side to string inverters is that an entire string of solar panels is affected if one solar panel is shaded. Fire hazard and electrocution risk is higher when you have string-based systems with no built-in power control within the array.

When would I use a string inverter? Example: You’re designing an 8kW grid-tied solar system. You either have the roof space available to fit the entire array or you will install a ground-mounted system. You also have no shading concerns and you do not plan on expanding this system.

Because each this conversion is happening at the modular level, you’re maximizing the potential output of your system. If one solar panel is shaded by a tree, it won’t affect the output of any other solar panels because there is no single point of failure.

Maximum power point tracking (MPPT) is a technology used in microinverters that optimizes the electricity output by responding to the varying levels of light every couple of minutes.

Every microinverter also has its own IP address so it can be monitored remotely with web-based software.

When would I use microinverters? Example: You’re designing a 2.5kW grid-tied system for your home. At this point, you’re not sure whether you’ll want to expand the system later on. Without a large roof space to fit the entire solar array, the system will have to be segmented into 3 smaller arrays on different parts of the roof and on top of the garage. There is also large oak tree next to the home, which will occasionally cover part of one array. 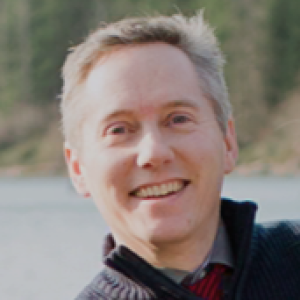 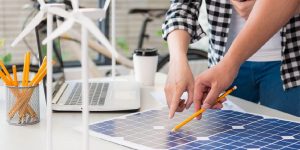 How to Sell Solar Energy without Going Door-to-Door

How to Start a Consulting Business 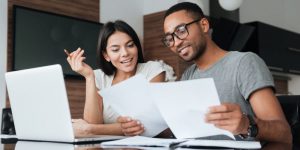 ARE YOU READY TO WORK WITH US?

Solerus Energy offers the finest selection of solar panels and solar electric supplies online at highly competitive prices for both residential and commercial projects. We serve solar contractors looking for a competitive advantage and DIY homeowners seeking the best service and sales on solar equipment.