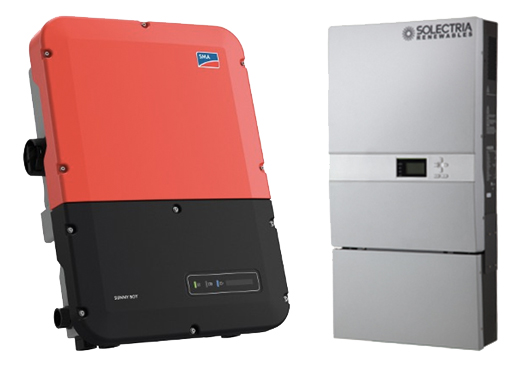 A solar inverter is the device that converts the DC electricity from solar panels into AC current, which can then be used by household appliances or, if unused, transmitted to a utility’s power grid. Here you will find both string inverters, which receive inputs from an array of panels, and microinverters, which are typically installed in tandem with single solar modules. We offer grid-tied inverters which allow you tie into your utility company’s electrical grid as well as stand-alone inverters for off-grid use. Additionally, you will find inverters with battery backup capability, if desired, for both grid-tied and off-grid applications.